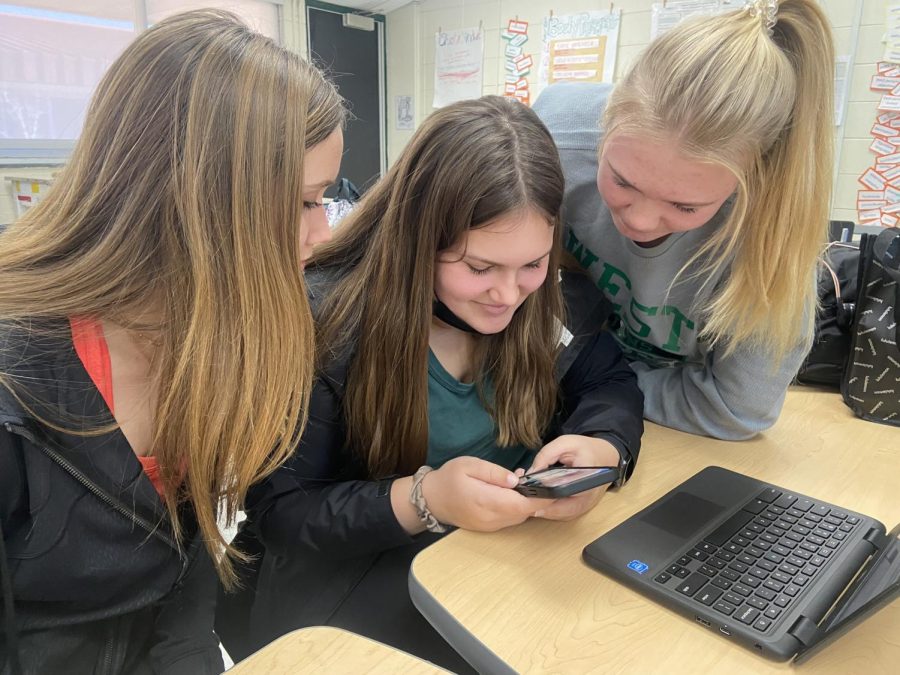 Going to a public high school can be chaotic or challenging at times. Rumors spreading, comments being made about students, and false accusations being thrown out–these may be a part of teenage life today, but lately, these reputation-changers have been reaching much larger audiences than they would as just hallway whispers.

Recently, students have been making Instagram accounts for a good laugh, such as @wbhscaughtyousleeping and @wbhsfeetunderthestall. At first, these accounts were innocent and harmless, found as a laughable joke by most students, but an unknown user has taken this concept out of control and has created damaging accounts where several students are now being negatively affected. These accounts have blossomed into something straight out of a movie, with downright cruel posts, leaving students wondering if they will be targeted next.

The accounts commonly bring up sexuality, unfaithful relationships, body-shaming, and more. Each time an account is created, it briefly goes somewhat viral before being deleted and replaced with another account that has a similar concept. The creator(s) of the accounts seem to have an almost relentless desire to share these stories and amp up the drama.

“I think judgement is a big factor,” said junior Olivia Mehalick. “I think it’s the need to have popularity or the need to feel validated by people’s responses.”

Students are left wondering how the account creator(s) could do such a cruel thing, and the common consensus is that the account creators are fueled by their own insecurities. There are a number of things that could bring someone to these extremes, but it’s also impossible to know what could be going on in someone’s personal life. Humans need validation and can often go about getting it in all the wrong ways.

“There is no telling what these people have going on in their own lives,” said junior Madison Decker. “All you can think about is that they’re so miserable they want to make others feel it too.”

People creating these accounts don’t realize the effect these pages have on teenage mental health. Some students see these accounts as funny, but students who are targeted online could possibly feel weighted down by the attention. Mental health is a huge deal for teenagers; and people honestly have no way of telling how their words and actions are going to affect someone. These accounts may seem like a joke but they have real-life consequences.

“It doesn’t affect my reputation just because I know it’s not true,” said senior Miles Tierney. “It makes me feel sad for the other people that are subject to it and targeted by it.”

Lack of confidence and insecurities can spread like wildfire in a public school. Accounts like these are degrading teenagers and could give them the idea that this is how they’re viewed by their peers. Just the thought that people believe these rumors about them can be enough to push someone over the edge. These accounts can ruin reputations and circulate false information that can lead to bigger consequences. The school can’t do much in response to these accounts running rampant because of free speech, but what can students do?

“A big way people could respond is to just block the account instead of interacting with them,” said Madison Decker.

Blocking and reporting accounts can only help for a period of time until an individual creates a new account. Actions have consequences, and students are left debating if the owners of these accounts should be held accountable or not. These accounts are acts of cyberbullying and harassment that could lead to legal actions if taken too far.

“Someone should bring it to the school board and try to find who it is because it’s bullying regardless,” said Madison Decker. ”It’s also defamation of character because you’re spreading lies about people and actions should be taken against them legally.”

As hard as it might be at times, the only right thing to do is to just get along with your peers, or at least do your best by them. Public school is already difficult itself but ignoring false information being spread is one way to avoid conflict.

“You never know when someone is coming for you,” said Olivia Mahelick. “So just be nice to people.”