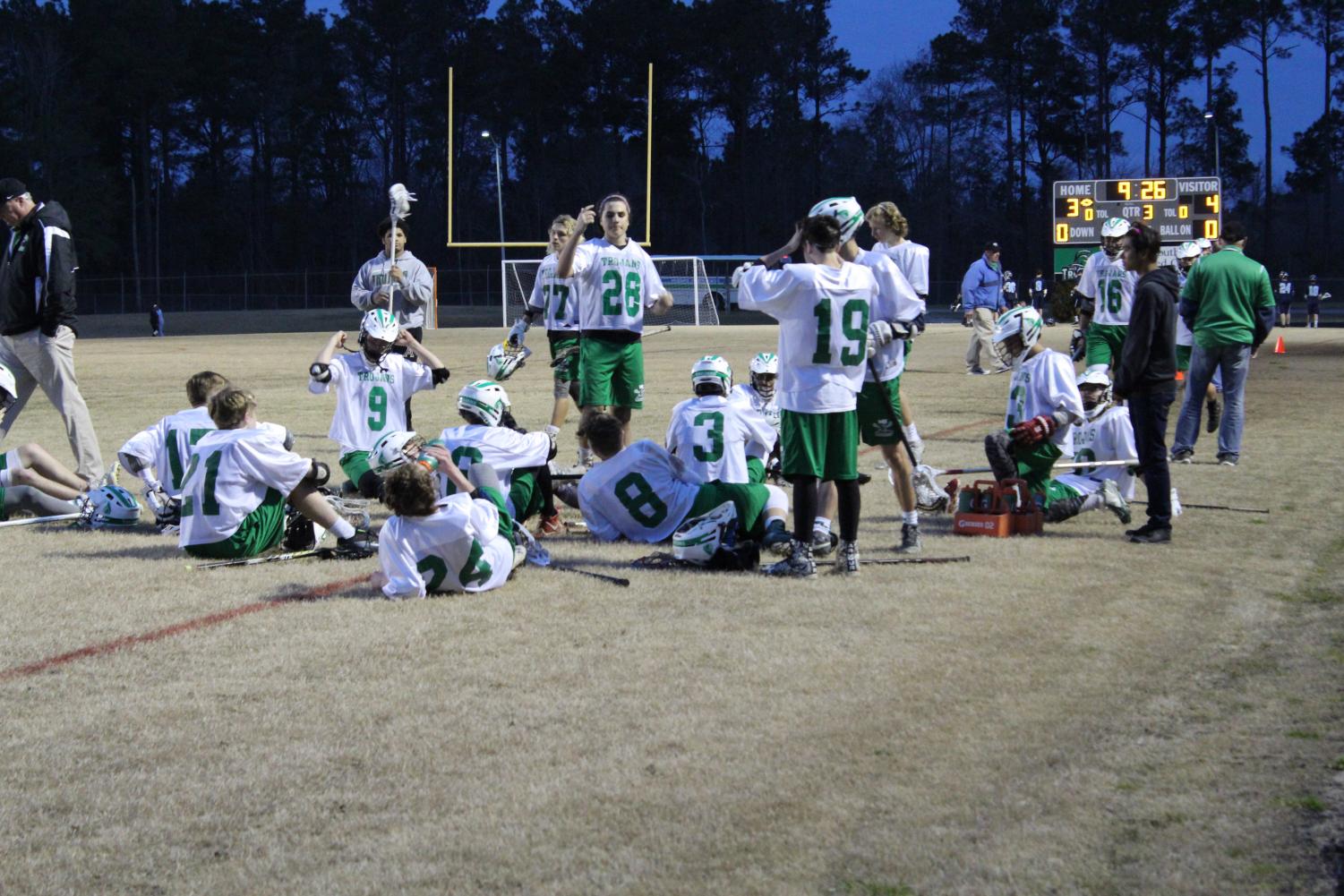 WBHS Men’s Lacrosse took home their very first victory against rival South Brunswick High School in the history of their program on Tuesday, March 27, 2018. Will Pickard the stunning sophomore goalkeeper had at least four key saves within the games final minutes, leading the team to a final score of 6-5. The offense stunned M.H. Rourk stadium when they came back from a 1-3 deficit in the second and third quarters of the game with goals from Bailey Gentle, Tanner Zemke, Joey Ochs, Braxton Powell, and Ben Cannady, who scored twice. This is WBHS men’s lacrosse first ever conference win, leaving their current record in conference 1-5-0. Seniors that also contributed to the victory are Christopher Abbott, John Britt, Darius Ipatzi, and Graham Kissler. The team had stunning performances from all of their players with many juniors and underclassmen stepping up to the plate. The coaching staff of Al Martin, Steve Corbett, and Brett Dotson also heavily contributed to this hard-fought win. The Trojan laxers can now say they truly slayed the SBHS Cougars. 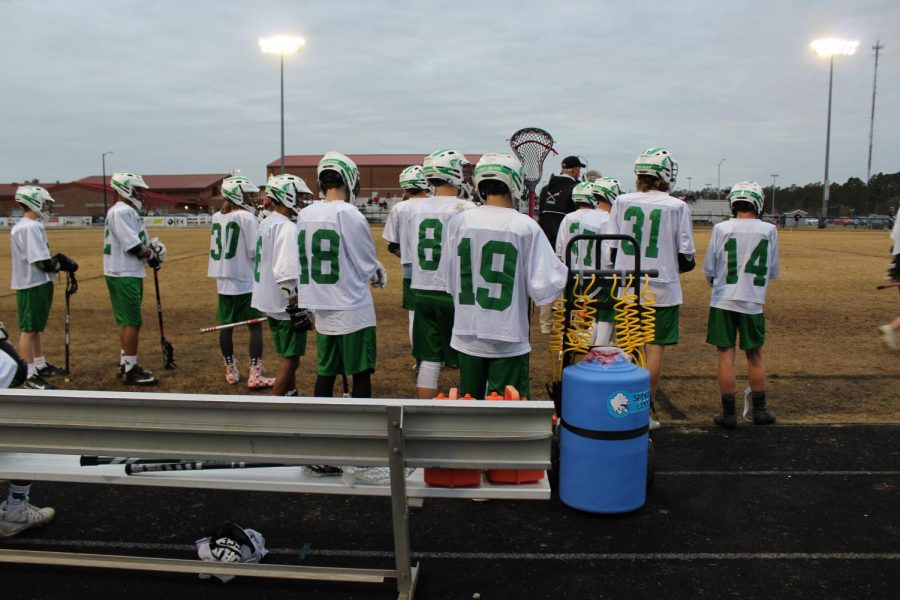