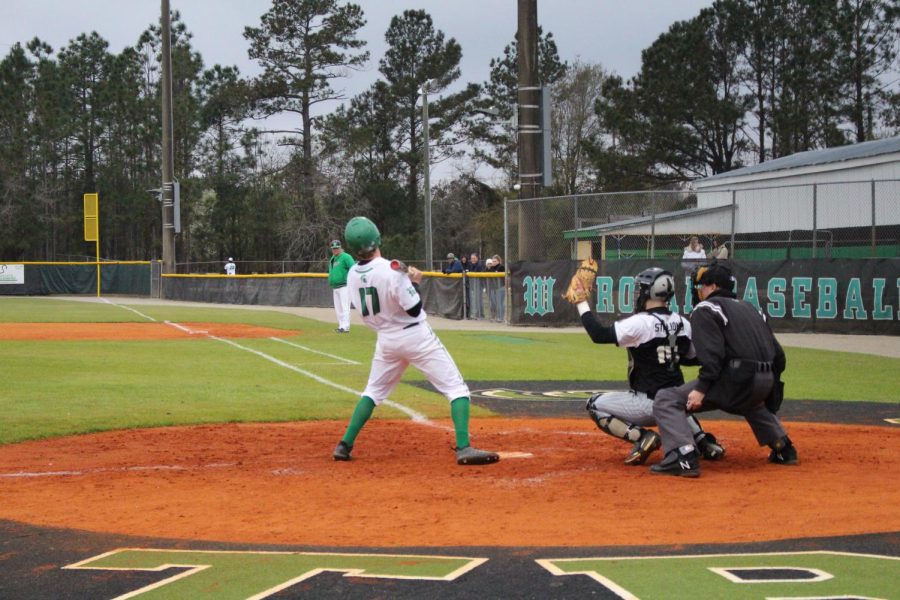 The WBHS Trojans defeated the South Columbus Stallions by 13-2. The game lasted 5 innings after the Trojans run-ruled the SCHS Stallions. The team batting average for the Trojans was .391 while the Stallions average was .167 at the final. The Trojan’s on-base percentage was .588  which was more than double that of the stallions. The Trojans stole 3 bases throughout the game. The Trojans scored 13 runs over 5 innings. Juniors; Nick Rosier, Jordan Wilkes and Jeepie Wilson each scored 1 run. Seniors; Dylan Jefferies, Brandon Aycock, Jacob Stocks, and Ethan Reed also scored one run apiece. Hunter Nicoll, Ian Black, and Tanner Babson each had 2 runs. Shawn Smith and TJ Scinto pitched the game.