A must-watch for Netflix lovers! 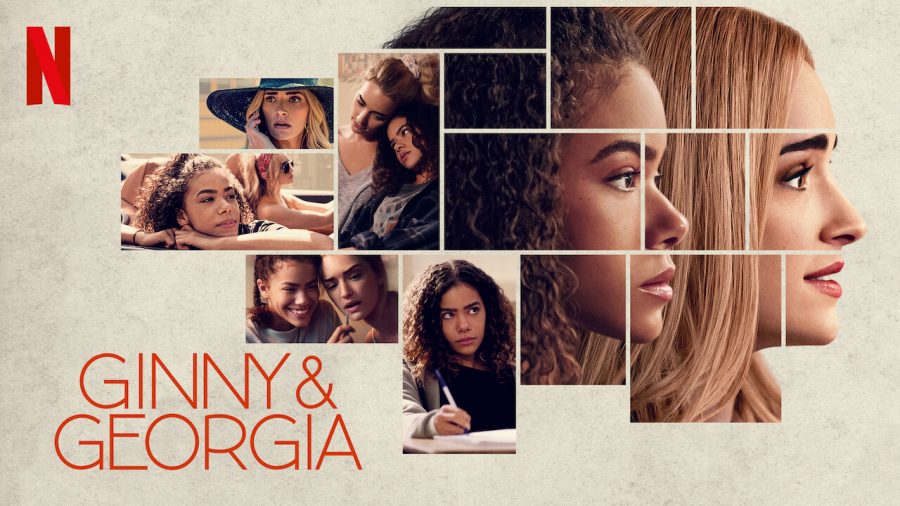 The Netflix original series “Ginny & Georgia” is a new and fresh take on single mom life. The show is about Georgia Miller, a young, single mom with two kids, Ginny and Austin. A lot of fans are comparing the show to the popular 2000s television series, “Gilmore Girls.” This comparison is likely because both shows are focused around a young mom and teenage daughter with a unique bond.

The show begins with the Miller family moving to a small New England town, Wellsbury. Across the street lives the Baker family. Georgia quickly befriends Ellen Baker who has two kids of her own, and Marcus and Max, Ellen’s twins, are coincidentally in the same grade as Ginny and they hit it off. Ginny quickly becomes friends with Max and develops a crush on Marcus. Max’s friends are known as “MAN” because of their names: Max, Abby, and Norah, and they change to “MANG” when Ginny joins their friend group.

Between bullying, murder, romantic dalliances, peer pressure, underage substance use, and forgotten encounters, there is a lot to unpack in the plot of the show.

Georgia is notorious for being irresistible and flirty. Ginny views herself as more mature than her mom and is actually very rude to Georgia. Ginny’s character has been getting a lot of backlash on social media for being ungrateful towards Georgia. But at the end of the day, Ginny is a fictional character, and she was purposefully made that way to steer the course of the show, showing how strange maturity and adolescence can be.

In one of the many fights with her mom, Ginny blurts out, “You go through men faster than Taylor Swift.” This line really made Taylor Swift fans upset when on March 1 Taylor Swift tweeted, “Hey Ginny & Georgia, 2010 called and it wants its lazy, deeply sexist joke back. How about we stop degrading hard working women by defining this horse shit as FuNnY. Also, @netflix after Miss Americana, this outfit doesn’t look cute on you 💔 Happy Women’s History Month I guess.”

The show is all about female empowerment, so it was confusing to see such a sexist joke told by one of the most influential and proudly feminist characters in the show.

The show is a hot mess, but that’s part of its appeal. There is never a dull moment because so much is happening. I highly recommend this show to anyone who might be in a TV-show binging slump right now.