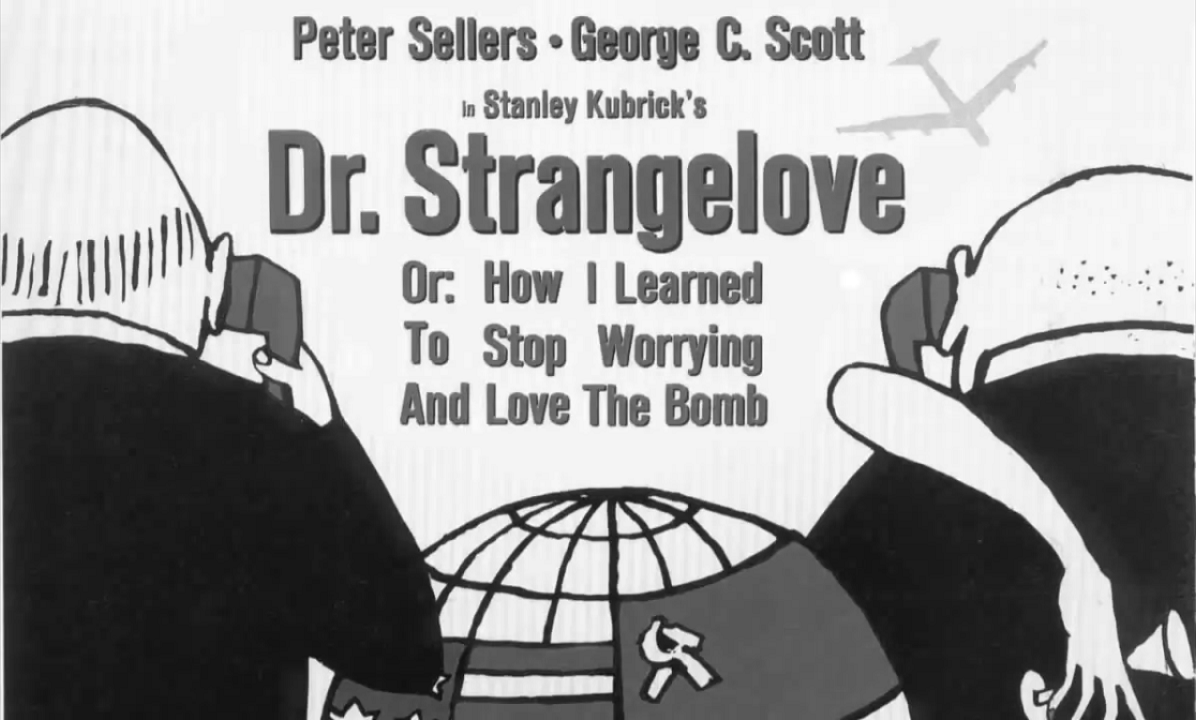 Dr. Strangelove or: How I Learned to Stop Worrying and Love the Bomb was produced, written, and directed by Stanley Kubrick (The Shining, 2001: A Space Odyssey) in 1964 during the peak of the Cold War. It is a satirical dark comedy overflowing with subtle humor.

The story itself follows the actions of General Ripper, head of the 843rd bombing wing, who ignores the chain of command and locks down his base after giving thirteen bombers the order to execute “Plan R” which is, in short, a plan to nuke Russia. The president and his war council gather in the war room to discuss what to do about this disaster and eventually the Russian ambassador is invited and is able to get the Russian Leader on the phone who was very drunk. The rest of the movie is the president and his generals trying everything they can to stop the bombers while the 843rd bombing wing thinks they are on a mission to save the United States from the Communists.

The movie itself is, in my opinion, a masterpiece, a clever movie that does not hesitate to make fun of the times it was made in. I give this movie five out of five stars for a stellar performance on behalf of the actors (especially Hayden Sterling who plays General Ripper), smart humor, and the overall feeling of a satirized Cold War make this movie a true classic.