On March 8th, at the end of the fourth quarter the WBHS Trojans officially slayed the SBHS Cougars for a second time with a final score of 6-5.

The team raked up 45 ground balls throughout the game and also won 8 out of 11 face-offs. Junior goalkeeper and captain, William “Will” Pickard made 8 saves on 13 shots on goal. He played the entire game. The Trojans also garnered 5 penalties throughout the game. 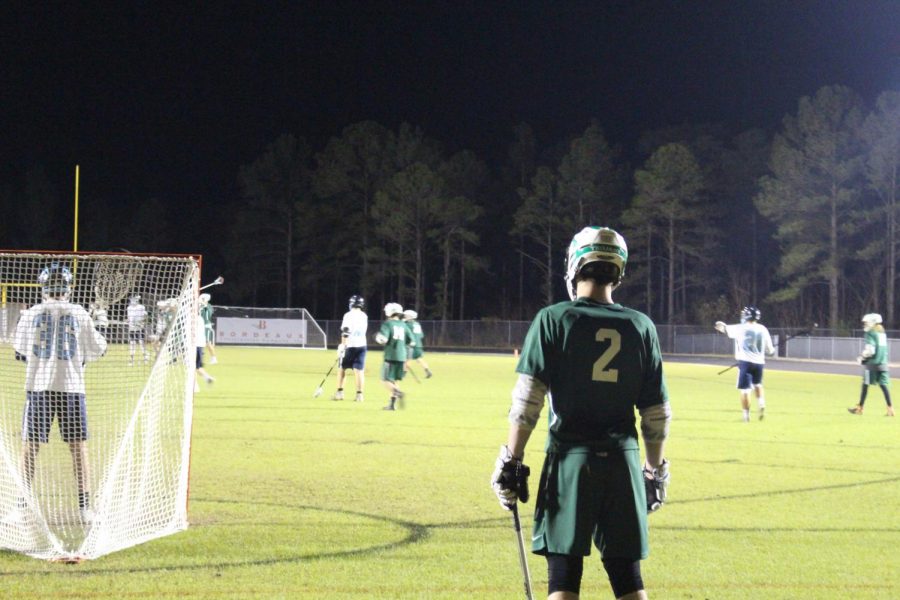 Gallery|30 Photos
Photo by Molysha Brown
William McRainey stands behind the goal on attack as the ball is moved down the field.